Thai Beverage Public Company Limited, or more commonly known as ThaiBev (SGX: Y92) is a Thai fast-moving consumer goods company. The company’s operations are mainly in Thailand and the Indochina region but it is listed on the Singapore Exchange.

ThaiBev was founded in 2003 and planned to list on the Stock Exchange of Thailand (SET) in 2006. But due to the strong Buddhism roots of the community and with pressure from the monks, the listing in SET failed to take off.

ThaiBev counts its spirits and beer business as its main business pillars. Both segments make up 88% of its total revenue. The balance 7% comes from Non-Alcoholic Beverages (NAB) and 5% from its Food businesses. 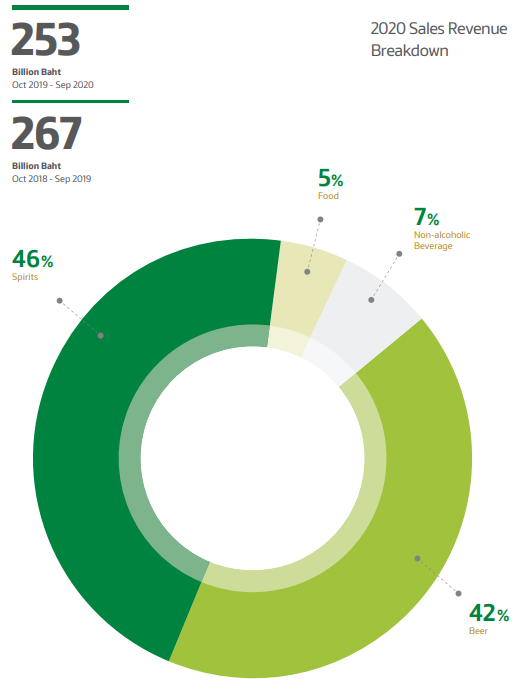 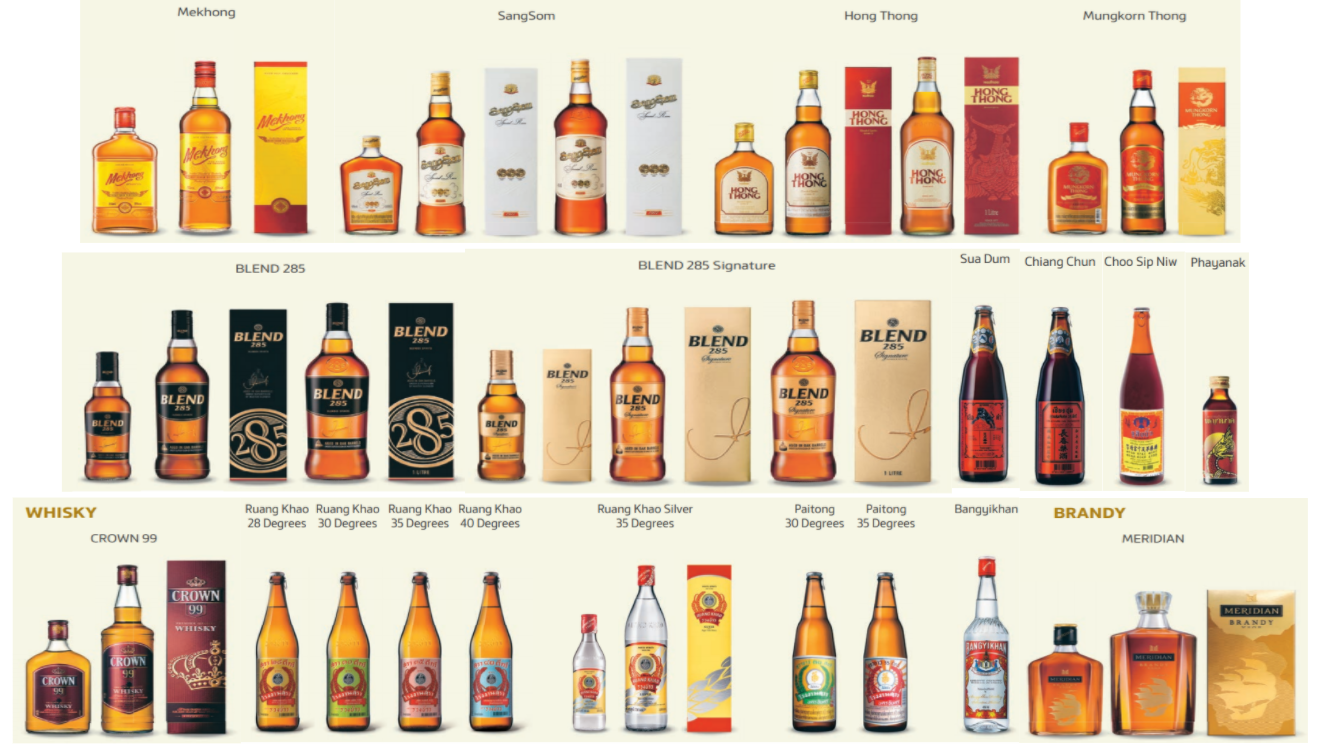 ThaiBev owns a wide selection of spirit brands. Their spirits portfolio include brands like Mekhong, SangSom, Hong Thong, Mungkorn Thong, and Blend 285. They also have brandy and whisky under the Meridian and Crown 99 brand.

Other well-known brands include Niyomthai and Phayanak. There is also a niche segment of Chinese herb spirit segments, with brands like Sua Dum, Chiang Chun and Choo Sip Niw. 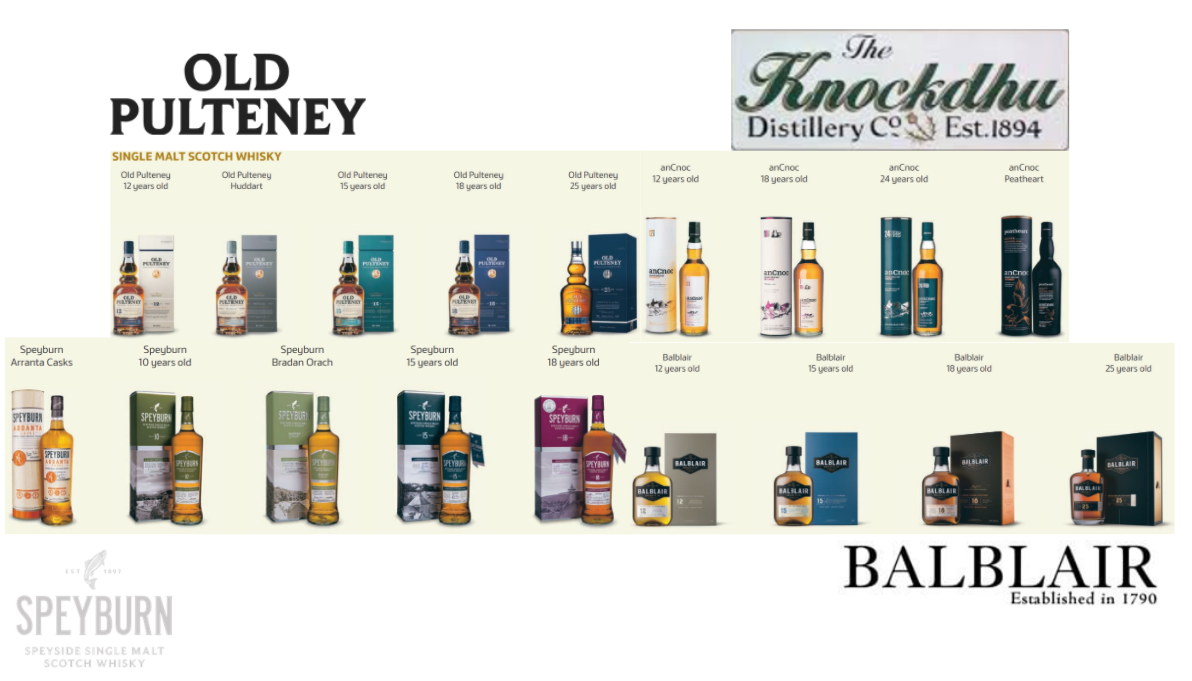 All together, ThaiBev owns more than 20 spirit distilleries, spanning across 4 countries. It also has a Baijiu distillery in China and a Burmese whisky distillery as well. 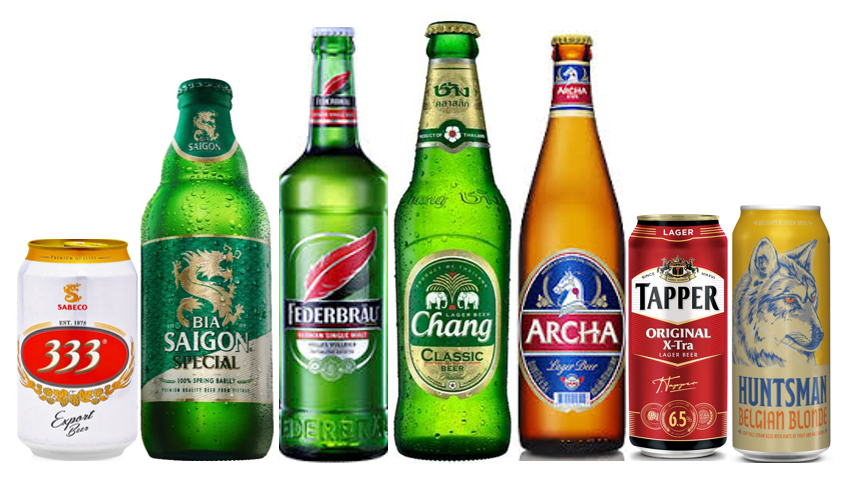 Perhaps ThaiBev’s most iconic business. ThaiBev is the owner of the famous Chang Beer, which is one of the biggest beer brands in Thailand. Other beer brands that are under ThaiBev’s portfolio are Federbrau, Tapper and Huntsman. 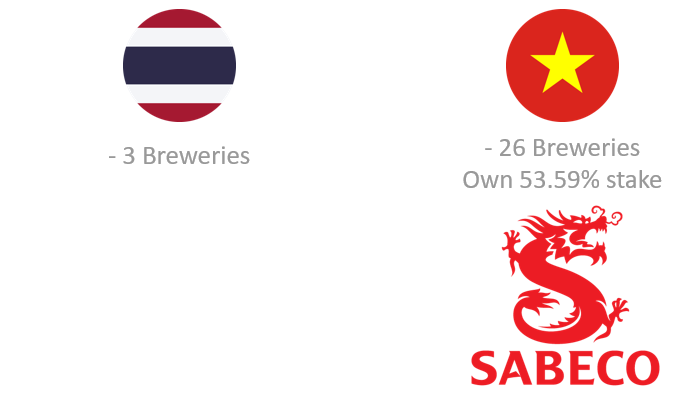 The non-alcoholic beverage business is one of ThaiBev’s diversification initiatives in 2012. After acquiring a majority stake in Sermsuk Public Company Ltd. and Fraser and Neave, Limited, ThaiBev became a diversified FMCG company. Examples of brands under the NAB segment include est Cola, Oishi Green Tea, F&N, Magnolia, 100 Plus.

All of these brands have a huge presence in South East Asia, where F&N has long built its brand among the Malaysian and Singapore communities.

The many types of restaurant chains own by ThaiBev group. Source: ThaiBev Annual Report

ThaiBev is not only strong in its beverages business. It also has a food and restaurant vertical as well. The types of cuisine under its restaurant business ranges from Japanese, Thai, Asian and Western as well.

It is also the master franchisee for KFC and Starbucks in Thailand.

Its Oishi brand is also found on the line of frozen food, ingredients and ready-to-eat meals.

Nevertheless, the liquor and alcohol business contributes to almost 88% of its top line as of FY 2020.

Soon after growing the spirit distillery business, Mr Chaoren then entered into direct competition with Boon Rawd Brewery, the producer of Singha beer. Chang Beer was launched and became one of Thailand’s most iconic beers since then.

He eventually handed over the reins to his son, Mr Thapana Sirivadhanabhakdi, who currently serves as President and CEO of ThaiBev group. Nonetheless, he and his wife Khunying Wanna remain as the Executive Chairman.

Most of the ThaiBev management have at least 5 years of history within the companies. Some of them have served for more than 20 years like Ms Kanoknart Rangsithienchai. Some are rotated around the subsidiaries of ThaiBev groups such as Fraser and Neave, Limited, T.C.C. Group of Companies and many more.

The substantial shareholders of ThaiBev are both the co-Executive Chairman, Mr Charoen and his wife Ms Khunying Wanna, both with a deemed interest of 65.87%. 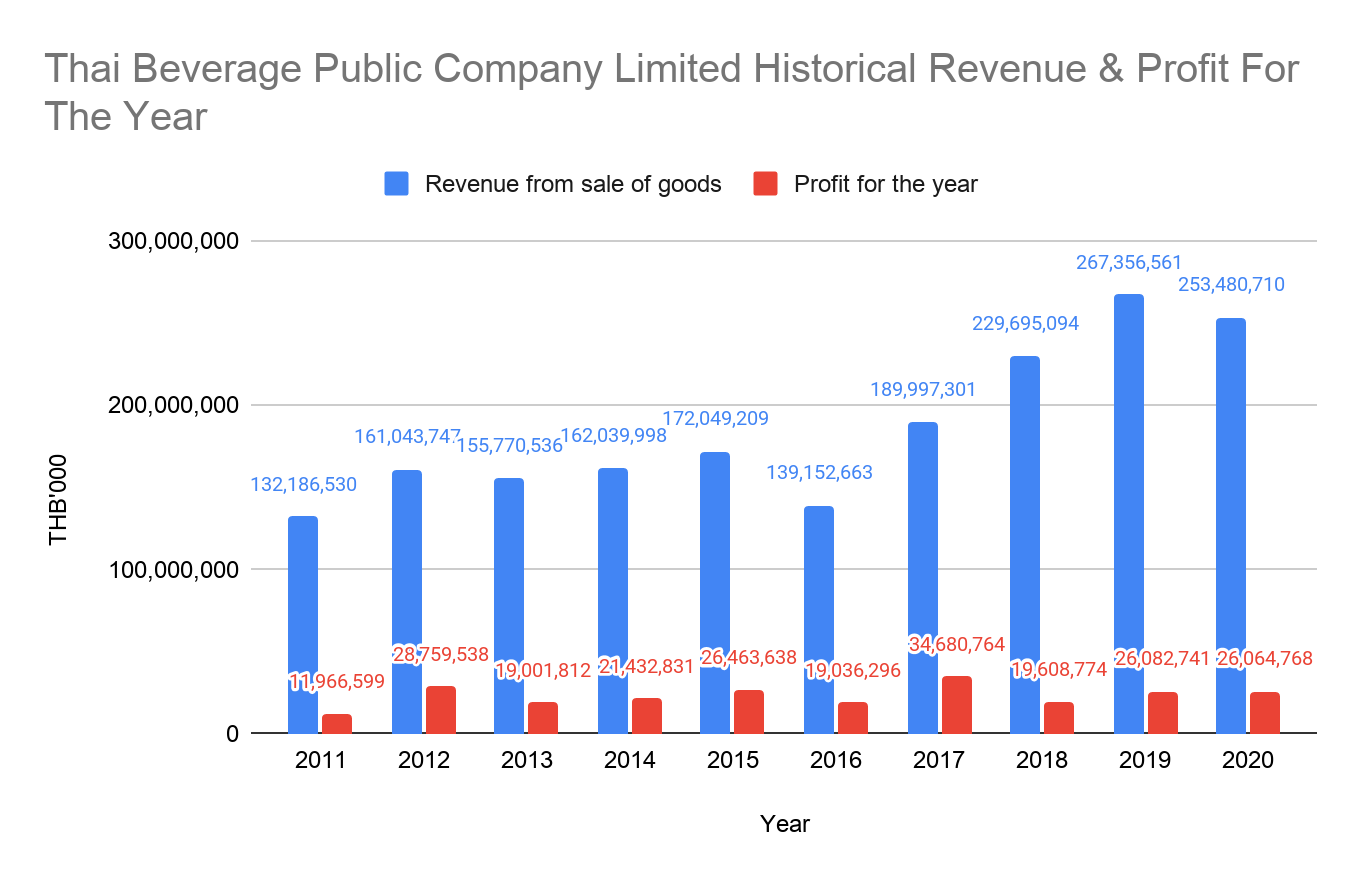 ThaiBev has been experiencing some exciting growth for the past few years. After a flattish period between 2011 to 2016, it’s growth suddenly accelerated. In the year 2017, ThaiBev acquired a 75% stake in Myanmar’s largest whisky player, Grand Royal Group. ThaiBev also completed the acquisition of 252 KFC franchises in Thailand and a 53.59% stake in SABECO in that particular year.

These acquisitions are fruitful as they significantly grew ThaiBev’s topline ever since then. However, net profit is relatively flat as much of ThaiBev’s expansion is funded by borrowing and debt. Hence, the financing costs have significantly eaten into any growth of profits.

Due to a significant amount of the financing cost incurred in mergers and acquisition, the effect also spilt over to the Return on Assets and also Return on Equity. ThaiBev’s latest ROE is at 12.68% while ROA is at 5.25%.

ThaiBev’s aggressive expansion saw its total assets balloon from THB 188 billion to THB 434 billion in just a 5 years time frame. But since most of the mergers and acquisitions are funded by debt, the liabilities portion has increased by close to 400%. Latest total assets for FY 2020 is at THB 434 billion, total liabilities at THB 254 billion. Total equity is at THB 179 billion. The exponential increase in debt also reflects on the gearing ratio, which currently stands at 121%. 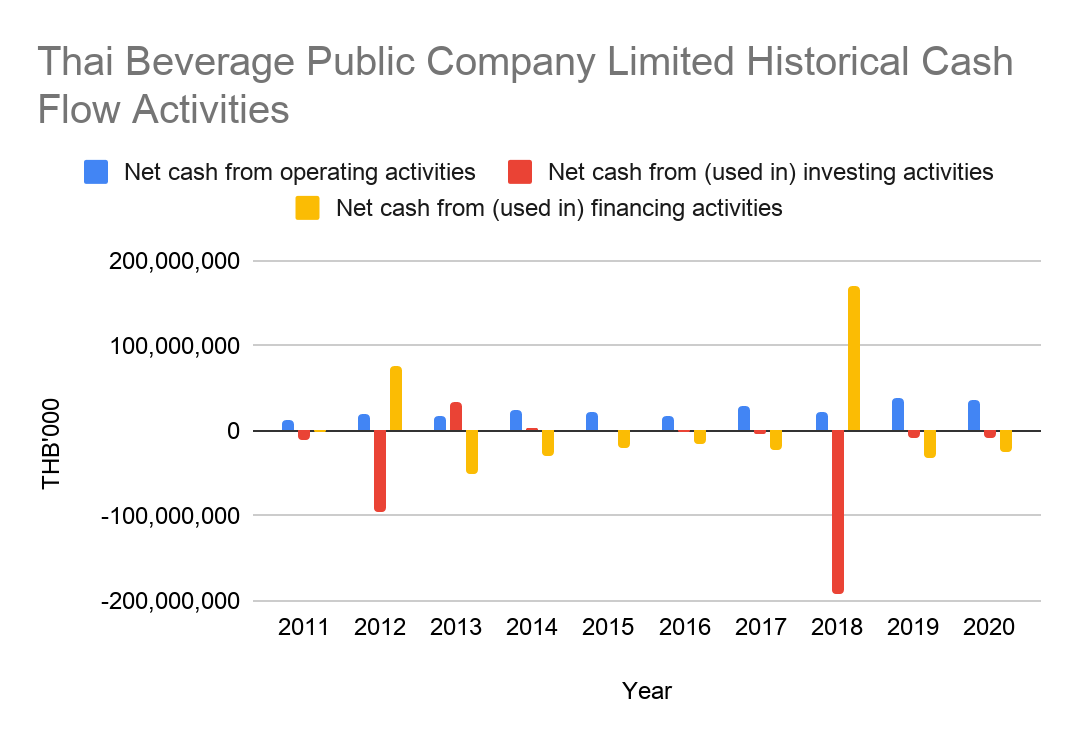 Two major years have distorted ThaiBev’s historical 10-year cash flow activities. In the year 2012, there is a huge influx of cash from investing activities and an outflow of cash used for investing activities. The cash raised was utilized for the acquisition of Sermsuk Public Company Ltd. and Fraser and Neave, Limited.

As for the year 2018, ThaiBev went on another acquisition spree. The notable acquisitions of 2018 include SABECO, Grand Royal Group, Spice of Asia Co., Ltd. and Thailand’s KFC stores.

However, ignoring the 2 major investing events, ThaiBev’s operating cash flow has been on a steady increase. This might be implying that their acquisitions have been paying off and contributing to the overall business. 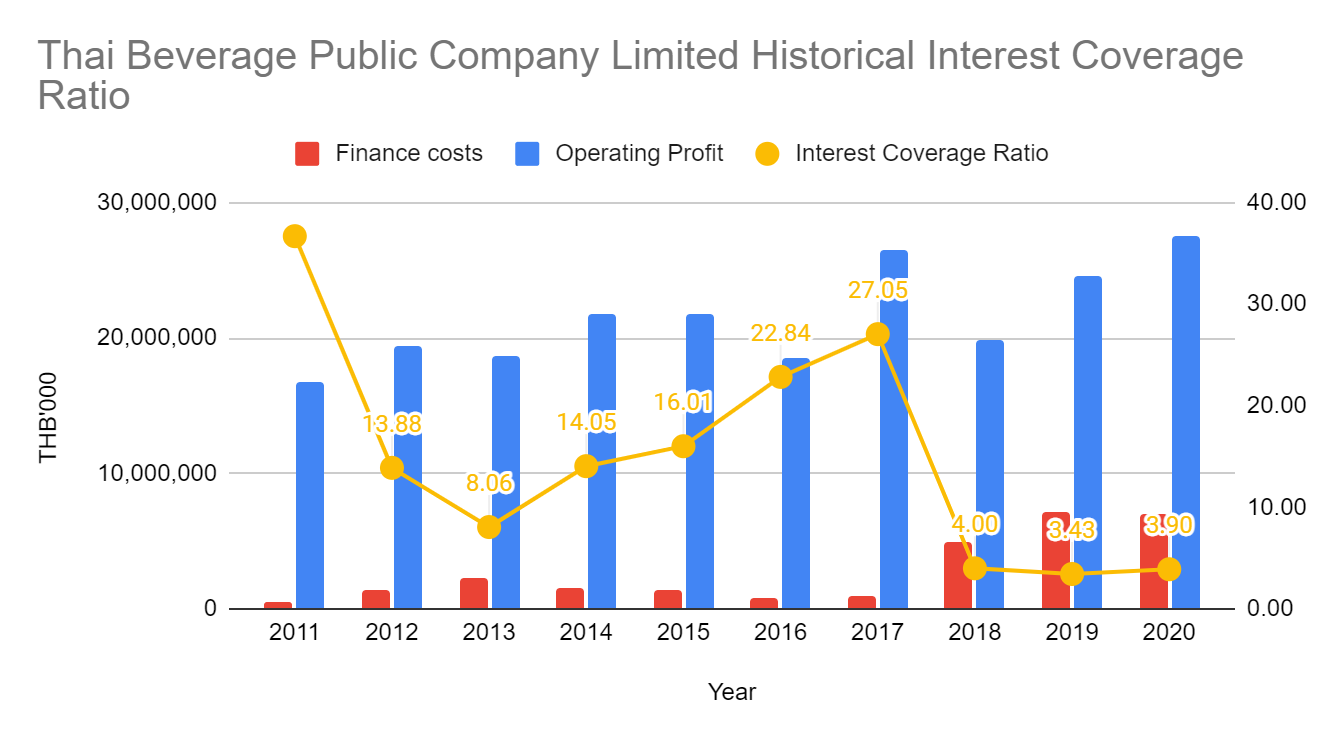 Nonetheless, investors’ biggest concern of ThaiBev would be its debt and gearing. But a quick check on its interest coverage ratio and financing capabilities have showed that the company is able to manage its monstrous debt levels surprisingly well. 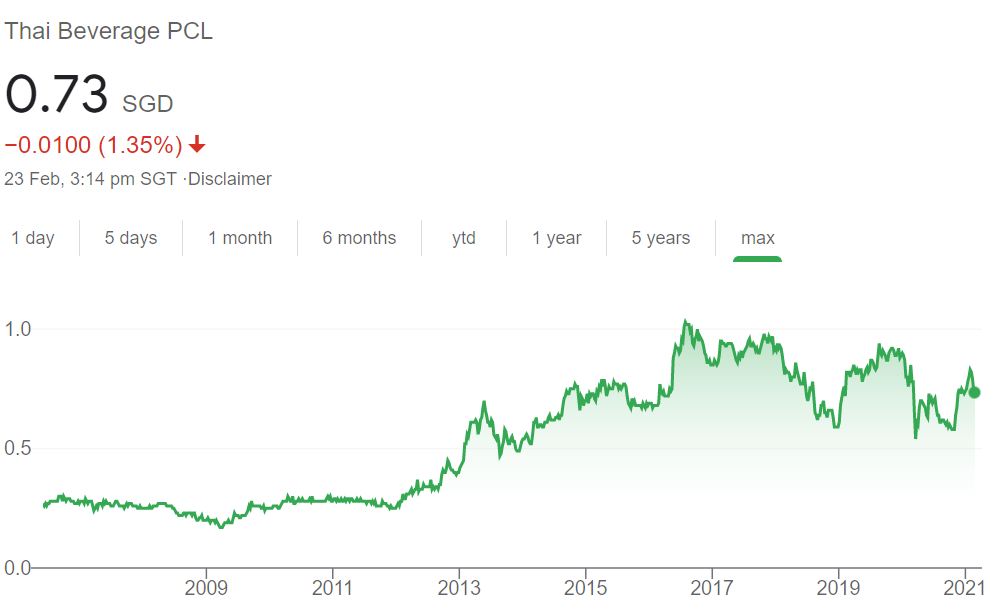 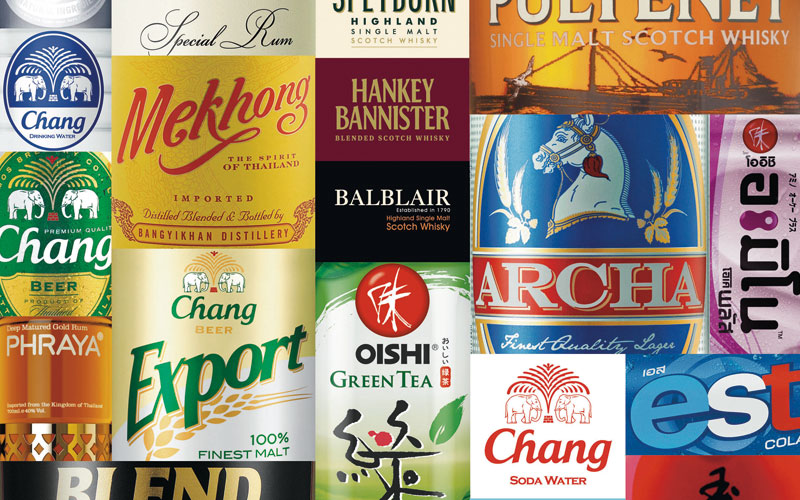 ThaiBev is already ASEAN’s largest beer brewery. But it is not resting on its laurels. The group is always on an aggressive acquisition mode to find opportunities for new growth.

Some investors might be wary of their gigantic debt profile, but some might go on to justify that their interest coverage ratio and capability to maneuver their financing have been smooth throughout the past 10 years.

Definitely, a stock that either you love or hate. So, is ThaiBev lucrative or risky to be a part of your portfolio?

Interested to know whether ThaiBev can be a dividend stock? Join us in our upcoming Dividend Gems dividend masterclass!